Over a Century on Steamboat Slough 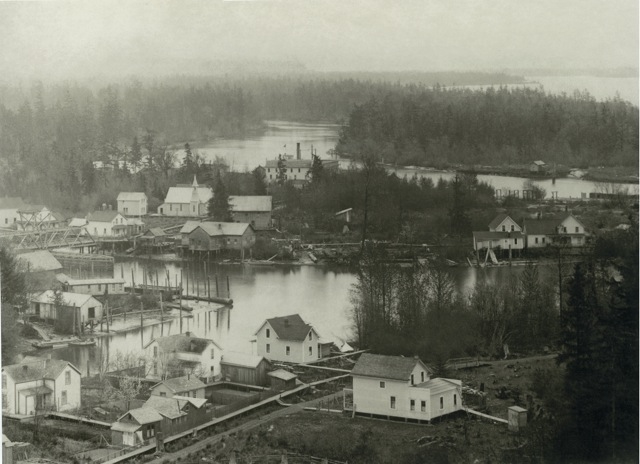 The historic town of Skamokawa, with a population of about 500, was one of the largest towns in Washington in the late 19th Century. Skamokawa prospered in its ideal location on two waterways: a Columbia River slough with a good site for a steamboat landing, and a creek flowing into the Columbia to move logs from the inland forests to the waterfront mills. This picture of houses on Skamokawa Creek illustrates the town’s dependence on the water; most buildings face the water and have a dock (as well as a wooden walkway to an outhouse in back). In the middle of the photograph a steamboat stack shows above the buildings at the Skamokawa dock on Steamboat Slough. The main channel of the Columbia River is at the upper right. 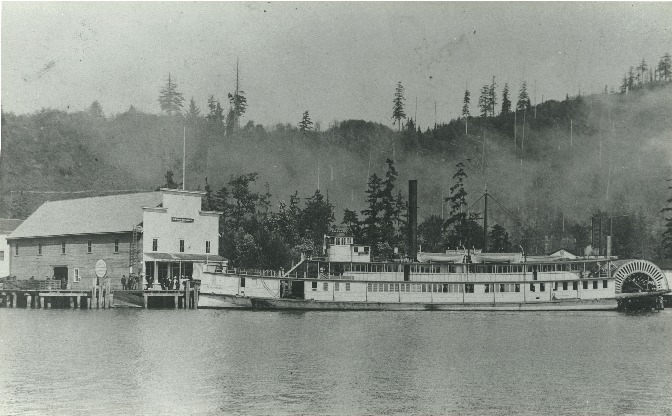 Steamboats landed daily at Skamokawa dock on runs between Portland and Astoria when the Columbia River was the only highway. Fire consumed the original Silverman's Emporium building shown here. 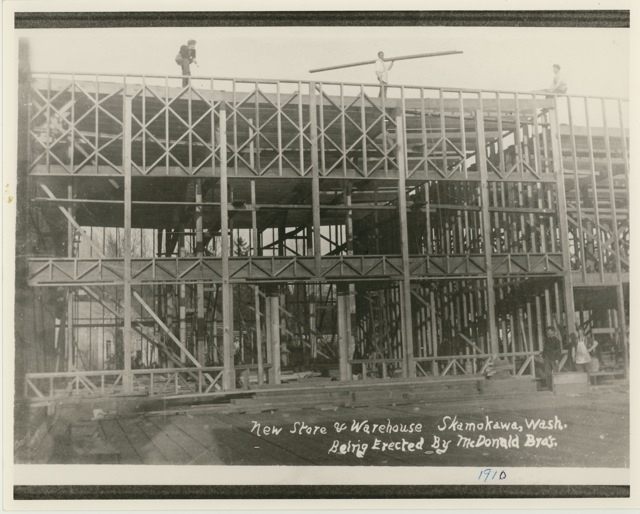 Immediately, construction started on a bigger building for the Emporium, as well as warehouse space and an auditorium/dance hall for the enjoyment of the residents of the timber and fishing boomtown. The photograph below shows a later stage of construction.

Silverman’s Emporium operated in this building from its completion in 1911 into the 1930s. 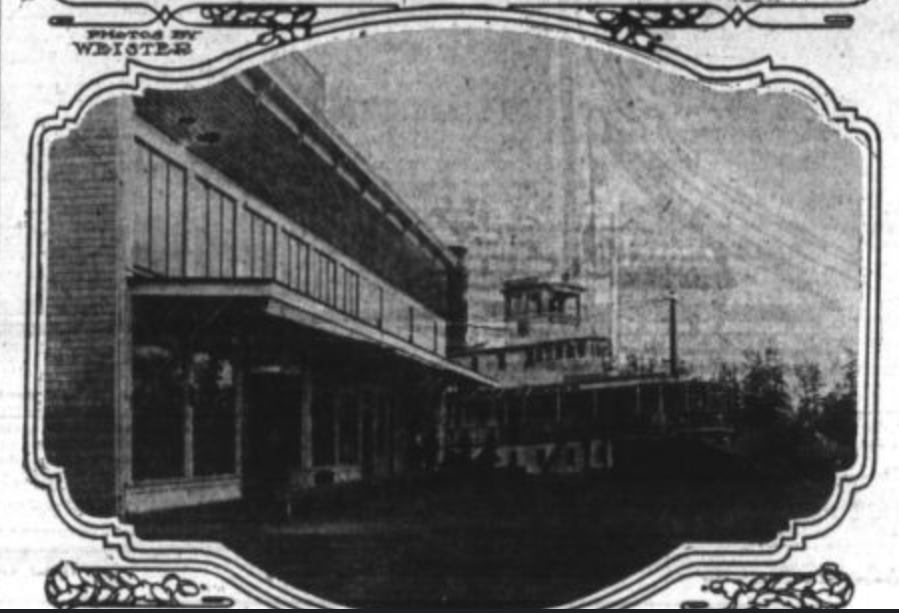 A picture from 1913 shows a steamboat at the landing.

Then in 1933, a state highway was completed to link all the communities along the lower Columbia River from the Pacific coast to the southwest Washington inland. Highway travel and transportation doomed the slow and inefficient steamboats, and doom came fast. The last steamboat left the Skamokawa dock in 1935, and the river-dependent economy collapsed. 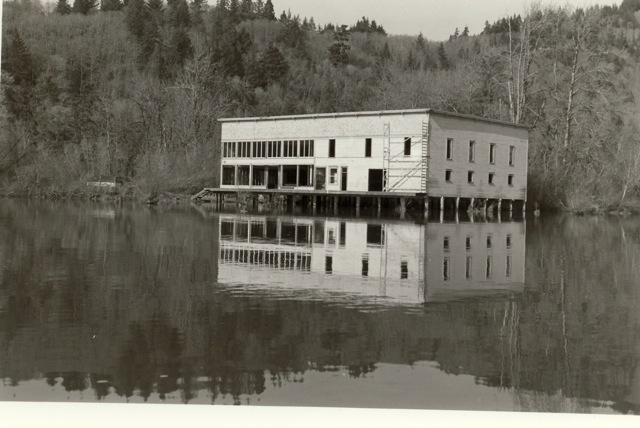 While the hotel, lumber mill, shingle mill and dock collapsed around it, the stoutly-built general store endured. But weather and the river slowly took their toll. 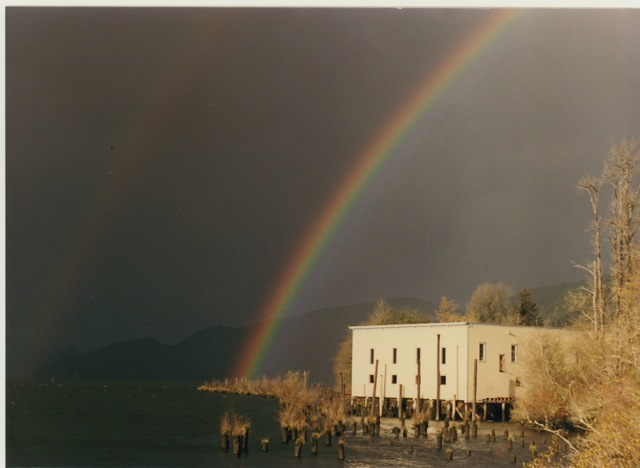 As the building deteriorated, something improbable happened. Someone decided the old relic was a treasure to be saved. In 1968, two partners in a Seattle construction business looked past the gaping windows and peeling paint to the superior craftsmanship and materials, largely old growth Douglas fir. 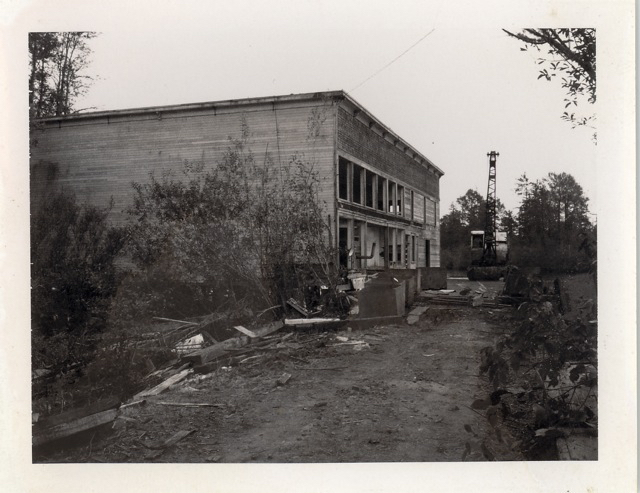 The new owners had construction and engineering experience. They knew they could save the building and were determined to do it. 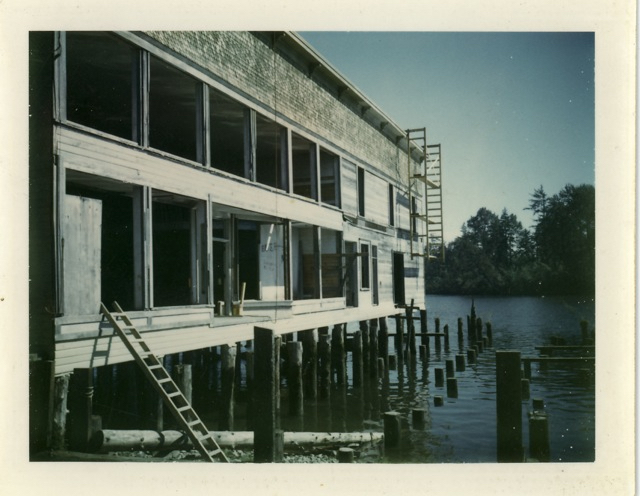 Immediate rescue measures included a new roof, fresh paint and replacement of the worst of the 88 pilings under the building. Further restoration would wait another twenty years.

In 1986, Arnie Andersen acquired sole ownership of the building and undertook its restoration as a retirement project. He designed and built a three tiered painting scaffold. He could move it himself, even around corners, with a counterbalance system. Arnie and his son Erik worked together for most of the restoration. 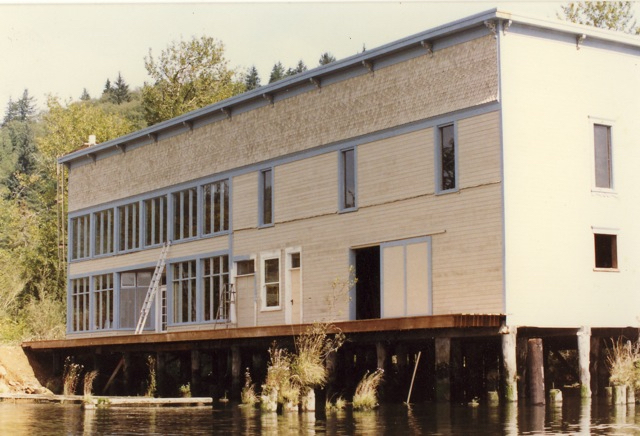 With paint, window glass and a front deck, the building really began to show the effects of restoration. The Silverman’s Emporium space is on the left, from floor to ceiling. A warehouse occupied the lower floor on the right. side. The auditorium and dance hall were above the warehouse. 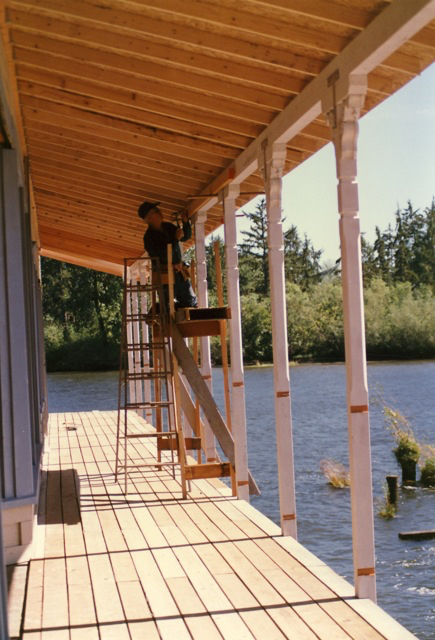 A roofed front porch was a new feature to adapt the building for modern use. 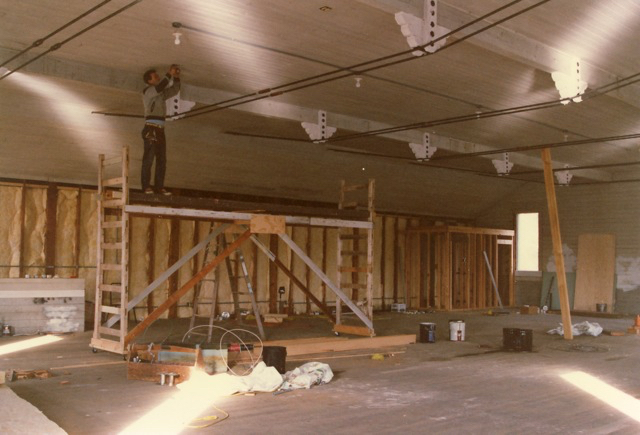 In the auditorium area a ceiling truss system supported the large space, uninterrupted by columns. In 2010 the former auditorium area was transformed into the Inn at Skamokawa Landing; the three spacious suites have the original high ceiling and truss system. 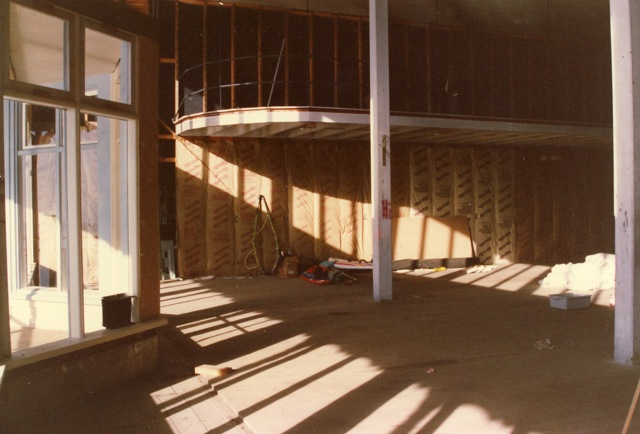 The Emporium space has a two-story wall of windows with an expansive view down the river, and a wide mezzanine. Insulation and wallboard were installed during the restoration to meet modern fire safety codes. 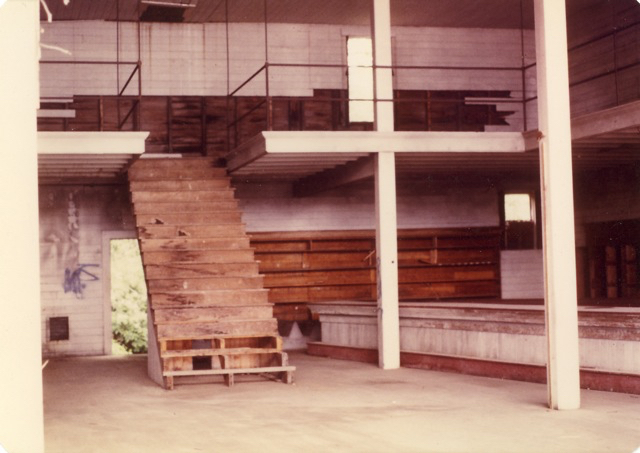 This original stairway to the mezzanine collapsed and was replaced. The long counter at the right behind the columns was a soda fountain. The wood of the counter is now part of the wainscoting around the walls of the former Emporium. 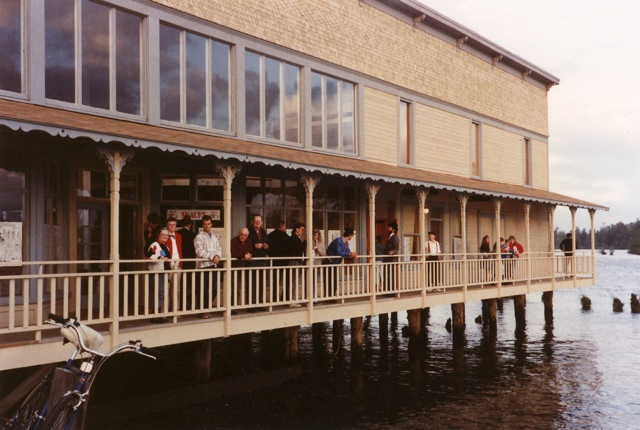 The Emporium became Skamokawa Landing in 1989, the Washington State Centennial year. The Skamokawa community gave new life to the old auditorium with an 1890’s-style variety show featuring local talent. The show was an official Washington Centennial event. In this picture people line up at the auditorium door for one of the sold-out performances. 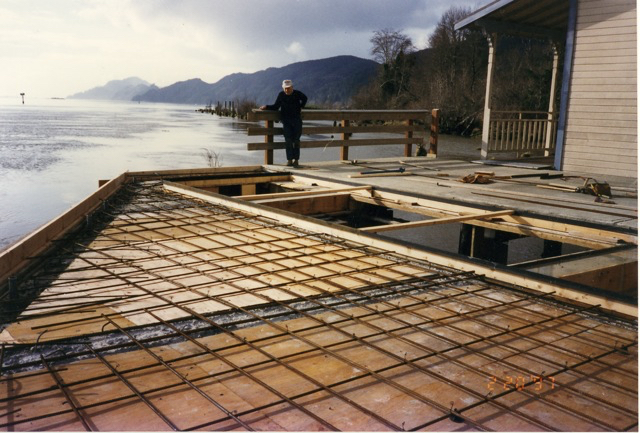 A new dock, ramp and float gave Skamokawa Landing access to the water once more. 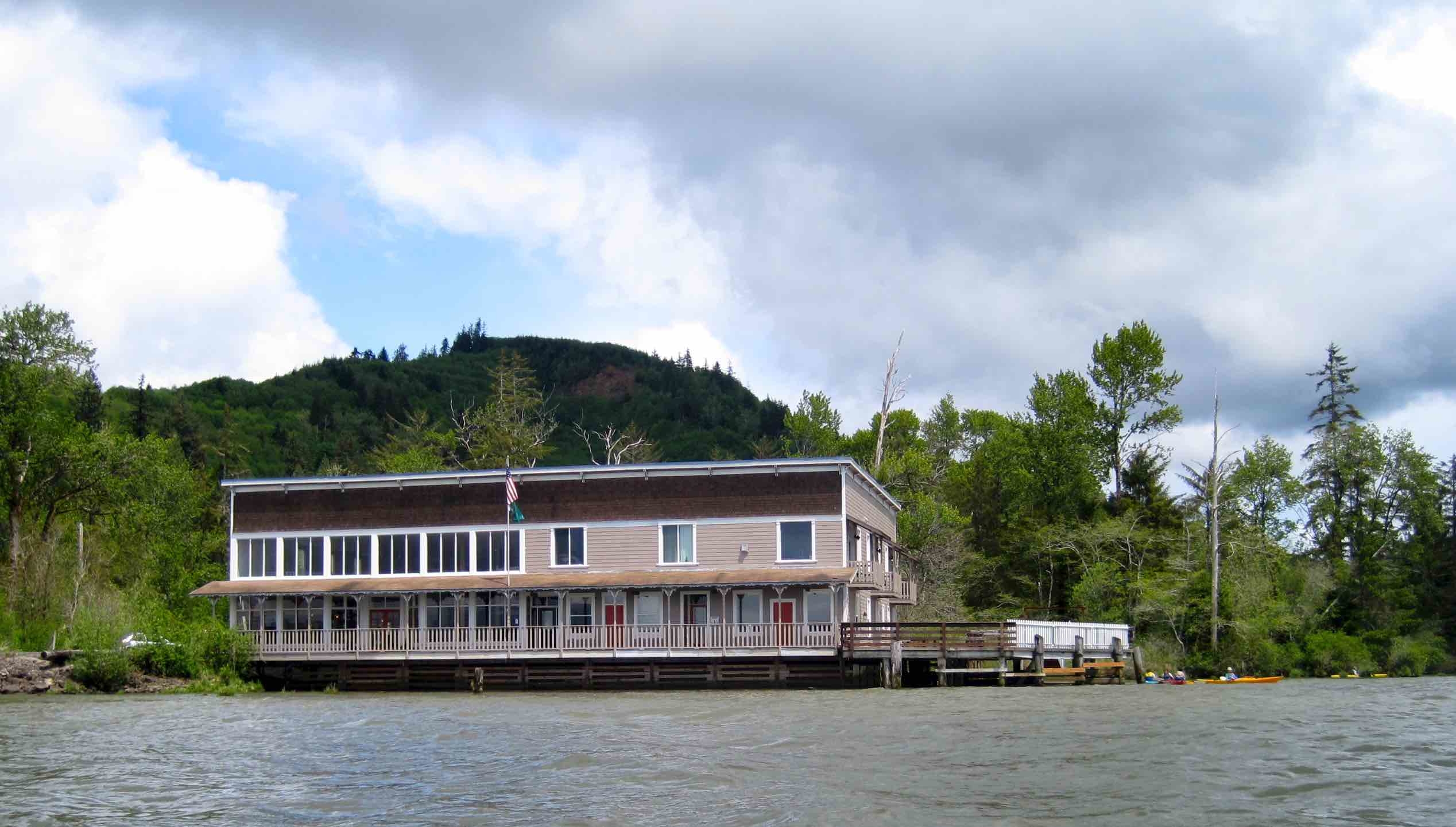 Over the next 20 years, Skamokawa Landing continued to evolve into a sensitively renovated commercial building. Life at the century old landing became a little quieter. Still commanding its beautiful setting, it appeals to us today because the bustling commerce of its early days has retreated, and nature is in the foreground. 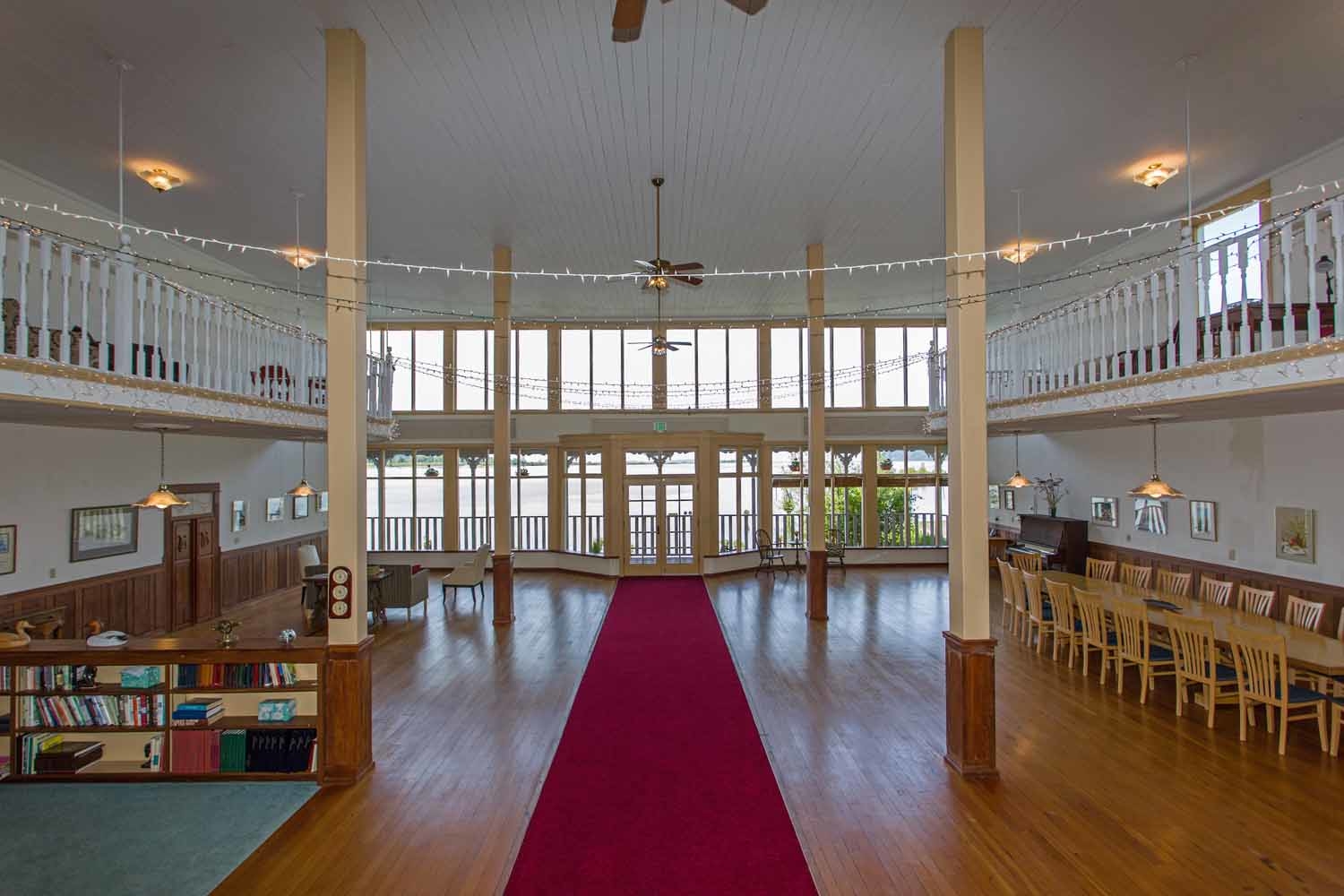 The Andersen family used the renovated Emporium as a family retreat. More recently, it has hosted weddings, receptions, concerts, and even a senior prom. The Great Room section of the building has three bedrooms and a large kitchen, making it a versatile space for many kinds of celebrations. 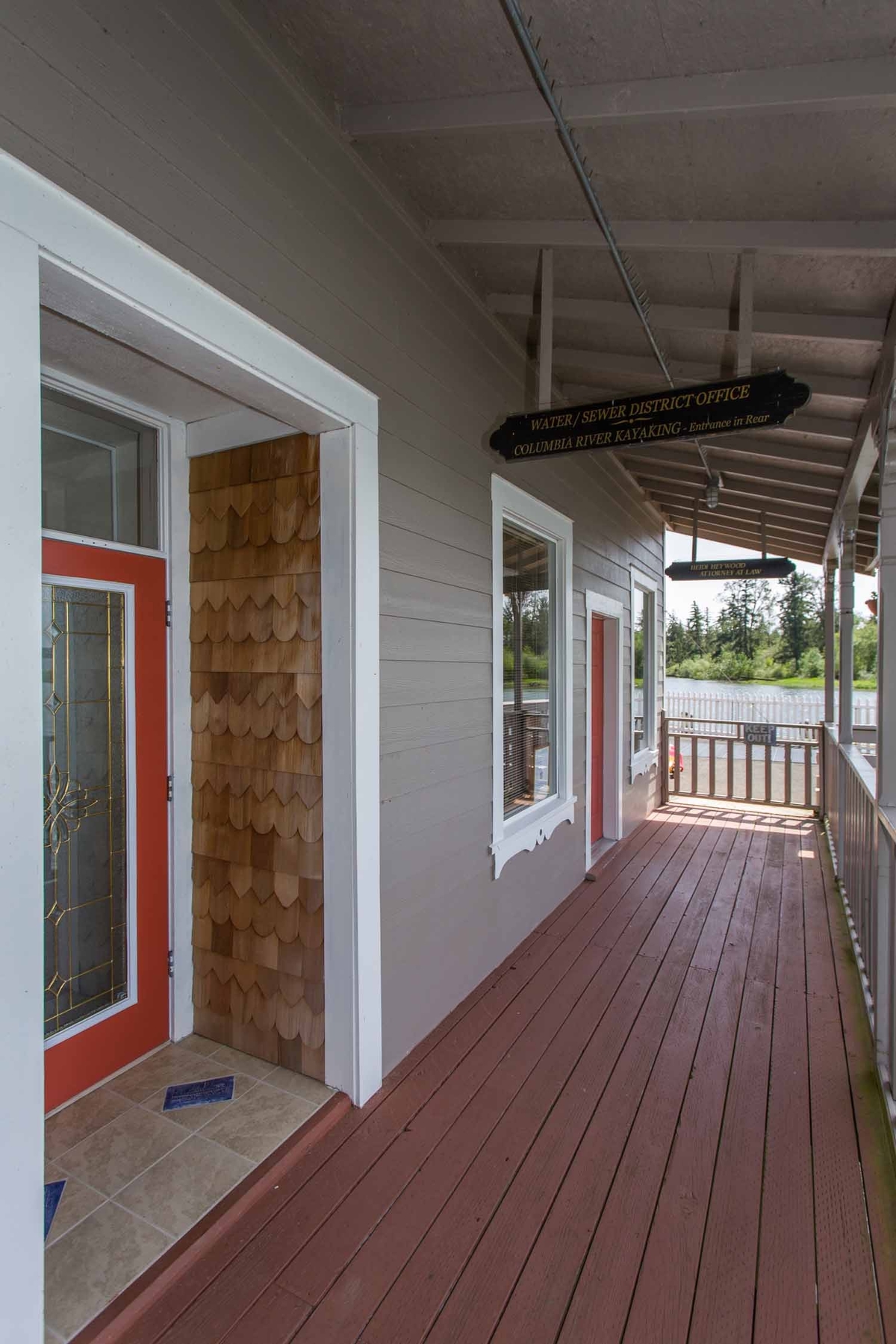 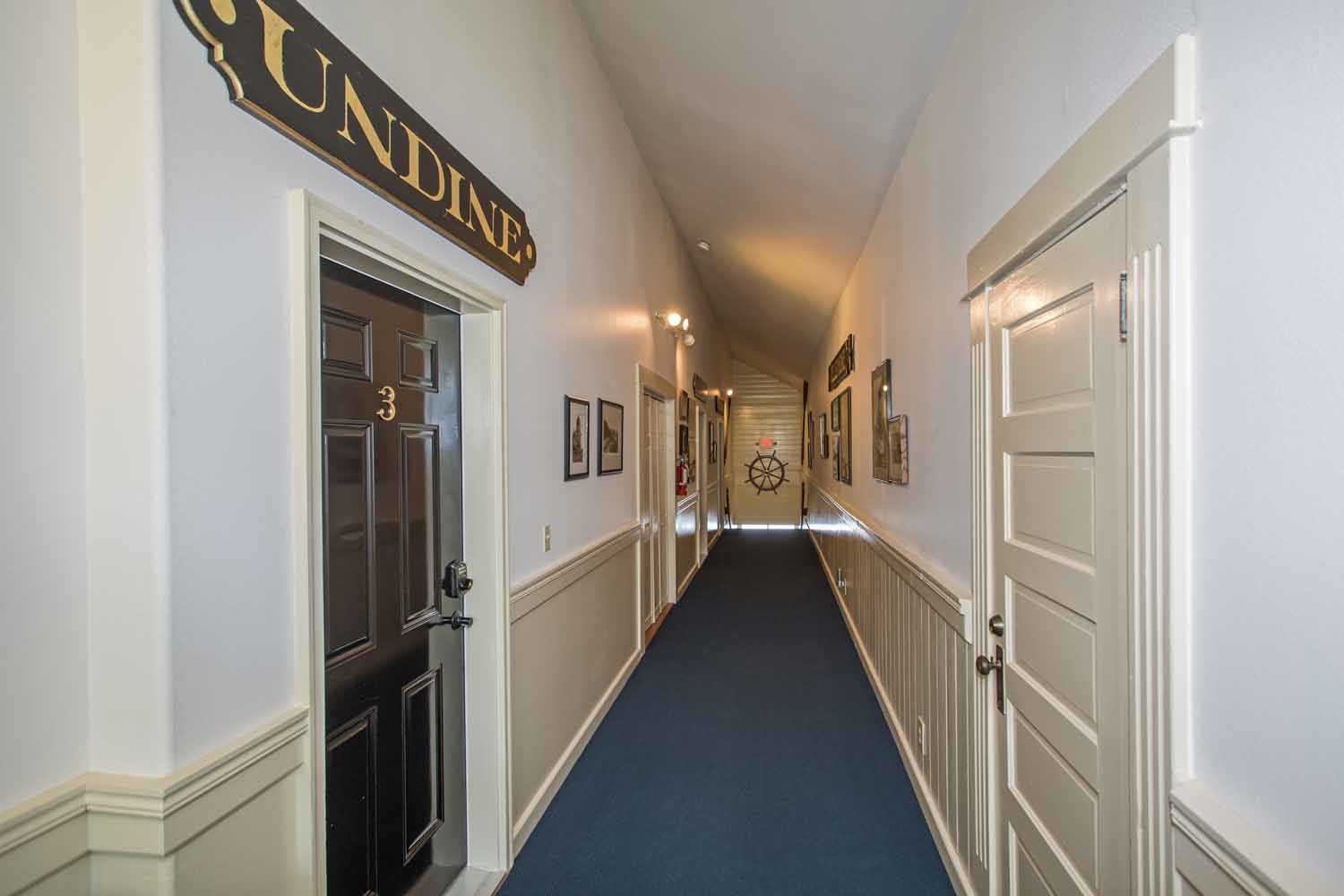 The Inn at Skamokawa Landing opened in 2010. Each of the three suites is named for one of the steamboats that landed at the Skamokawa dock, and each displays old photographs of the early years of the building and its unique surroundings.

In 2019, a new family purchased the building. Restoration and maintenance work continues, a fresh coat of paint brightened up the exterior and some of the pilings have been repaired. 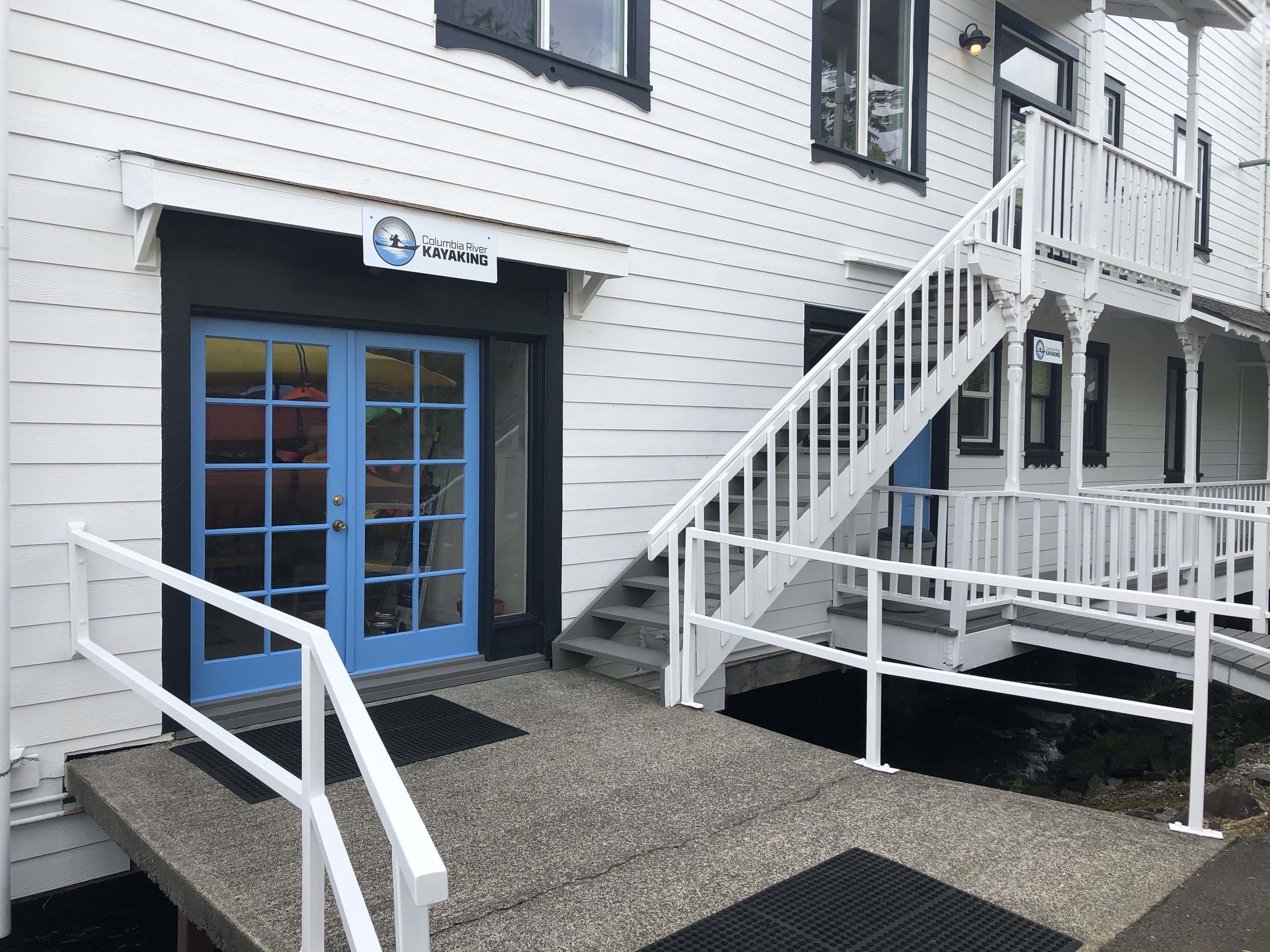 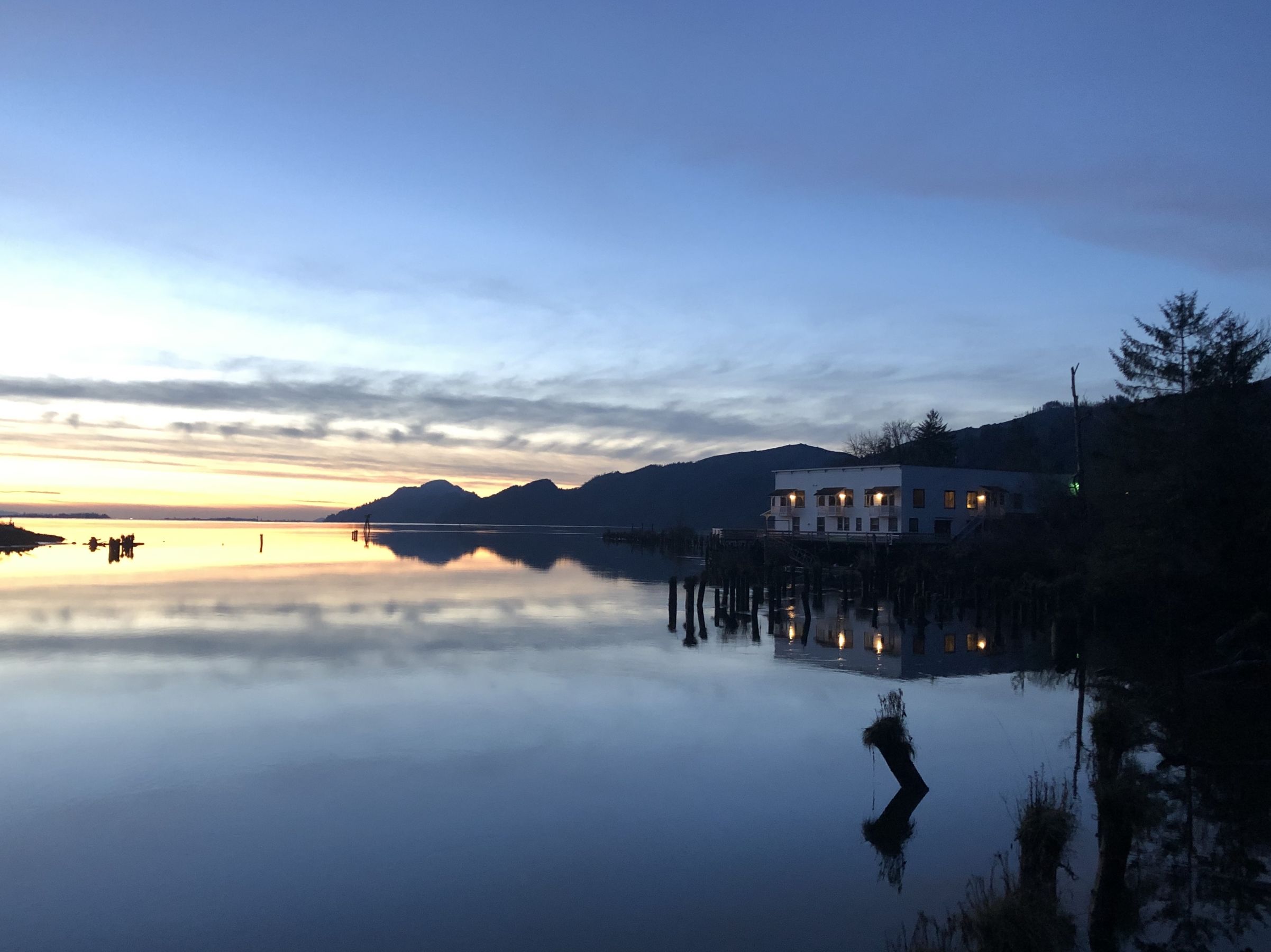 Here's to another century on Steamboat Slough.

Loading...
Upps!
You're running a web browser we don't fully support. Please upgrade it for a better experience.
Our site works best with Google Chrome.
How to upgrade the browser